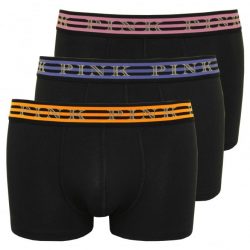 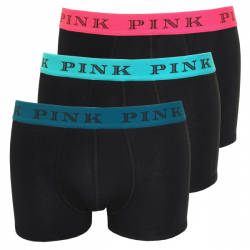 Thomas Pink underwear hits a colourful mark Sale of men’s pants could be an indicator of economic buoyancy, experts have claimed. Fashion observers have found that men buy more colourful men’s underwear when the economy is booming, but return to their fail safe white, black and grey when there is a downturn, the Daily Mail reported. And now, as they reveal sales of colourful men’s underwear are on the rise, experts say it could be a sign the economy is on the road to recovery. The site, which has been... Read More

Thomas Pink Underwear Thomas Pink underwear has fast become one of our best selling brands.  They are renowned in the City as being one of the best off-the-peg shirt makers around.  So when we heard they were launching a men’s underwear collection, we knew we would have to stock it.  Thomas Pink underwear combines that classic “city guy” look, with a preppy modern twist, meaning the collection is as timeless as their shirts. Last month they showcased their SS 17 collection. Inspired by an Annie Leibowitz shoot for Vogue from 2012,... Read More

We are excited to introduce a new brand to you.  You may know Thomas Pink already, they have long been the place to go for fantastic quality classic shirts, but they have recently branched into men’s underwear.  Thomas Pink have been long associated with classic styling and everyday luxury and their range of men’s underwear remains true to the brands current ethos.  We love the classic colours in the range and the sophisticated Thomas Pink signature waistband. Thomas Pink Underwear – Initial Promotional Offer at UnderU All week we are... Read More