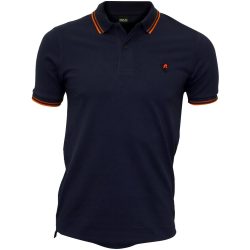 Our favourite men’s Replay t-shirt… Replay were established in 1981 and they have since become one of the leading international companies in the denim sector.  One of the best-selling casual wear clothing brands, Replay are based in Asolo, Italy and they create, promote, and distribute men’s, women’s, and children’s casual wear, along with accessories and now footwear.  Replay takes its name from the concept of “re-making”, “re-creating” and “re-elaborating”, which appealed to its founder Claudio Buziol when he saw the word come up on his TV screen during a football match.  This iconic brand has developed and... Read More