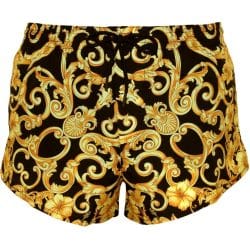 Rumour has it the sun is going to make an appearance soon. So we thought it time to introduce you to our favourite men’s designer swimwear this season… We all have favourites, and Men’s Designer Swimwear is no different. Everyone here at UnderU.com has different taste, so our edit is hugely diverse – but hopefully that makes for an interesting collection. Kicking off, are one of our best-sellers and need no introduction, the famous Versace baroque swim short. If you are looking to make a statement look no further. The... Read More 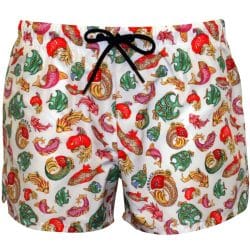 Our favourite new men’s swimwear… It looks like Spring may have finally sprung in the UK, and here at UnderU we are taking the opportunity to get our men’s swimwear sorted for Summer by adding a few new items to our collection. We have something for everyone this season, be your men’s swimwear style classic or contemporary.  These are a few of our favourite pieces… These Versace Goldfish Print Luxe Swim Shorts are our firm favourite.  They may be an investment, but they really are a statement piece and are sure to turn... Read More 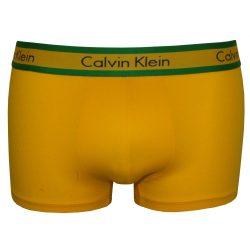 It’s big drop week at UnderU, with loads of our SS18 Men’s Underwear collections going online.  Here are just a few of our favourites…. First up these bold Versace briefs. Incorporating a new waistband this season, with a slightly more neutral colour palate, these Versace briefs still pack a bold punch but in a more subtle way. Next our classic Versace boxers, these remain the same for SS18, but are still as perfect as ever.  They are still one of our favourite pairs of men’s boxer’s ever.  Nest, our Puma... Read More

Our Summer men’s swimwear sale is now on and selling fast… We have some fantastic Men’s Swimwear in our summer sale, so with summer set to return to the UK next week (or so we’ve been told) now is the perfect time to snap up a bargain. If you find yourself reaching for the same style again and again now might be the perfect time to experiment.   We have a whole myriad of styles for every body shape and taste.  Whether you prefer your men’s swimwear preppy, barely there... Read More 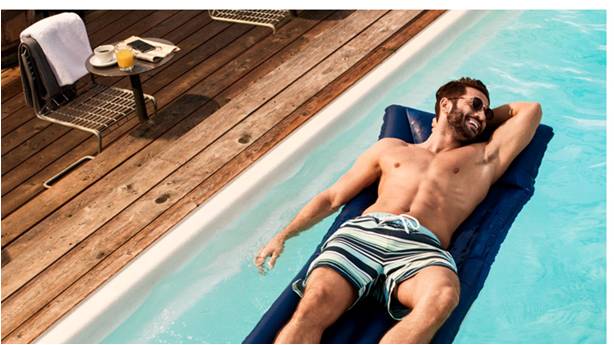 Fall face first into Summer with our men’s swimwear collection Rumour has it Summer is going to make an appearance in the UK soon, while we aren’t holding our breath, we are checking BBC weather hourly and doing our best sun dance.  Come on, we are British, if we didn’t have the weather to talk about society as we know it would fall apart & the Daily Express would go under in hours.  Anyway…at UnderU towers we have decided to ignore the rain, head straight into deliberating which men’s swimwear is... Read More 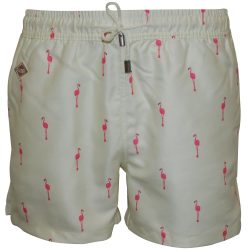 Introducing Nikben Swimwear to UnderU.com… Although born in Sweden, Nicklas aka NIK, founder of NIKBEN Swimwear, was bred on the beaches across the southern parts of Europe. Swimwear became his natural choice of apparel in his everyday life, not only for lazy days bumming on the beach, but also at the gym, relaxing at home or even on the golf course. Benjamin aka BEN was born on the Swedish west coast, typically spending his summers hopping from island to island on sailboats in their renowned archipelago. He would later be... Read More 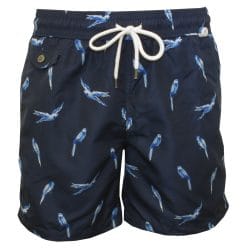 Our classic Ralph Lauren swimwear has landed online and it’s as gorgeous as ever… Our SS17 Polo Ralph Lauren collection has arrived and it’s a goodie (even if we do say ourselves!).  I know we shouldn’t have favourites but when it comes to men’s swimwear Ralph Lauren always hit the mark. Personally if I’m going to invest in my swimwear I want quality and a classic style, and Ralph Lauren swimwear always tick both those boxes. I’m also particularly fond of stripes (cliche I know) and their collections usually feature a... Read More 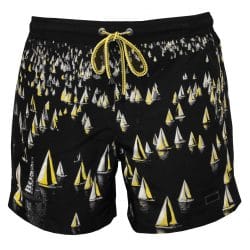 Dive into Summer early with Hugo Boss’ swim shorts… Hugo Boss are known for their paired back elegance and superior attention to detail, they are a brand associated with luxury and good taste.  What we didn’t know about Hugo Boss, prior to trying their swimwear, was that they have practicality down to a fine art too.  It’s not often that style and practicality are mentioned in the same sentence, but Hugo Boss Swimwear really do achieve both swimmingly (sorry excuse the pun!).  We’ve all been there, those gorgeous cotton swim shorts that take... Read More 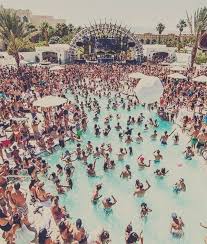 Heading out to the Ibiza closing parties? Check out men’s swimwear guide before you go anywhere… If you are lucky enough to be heading out to the Ibiza closing parties this week you will need to make sure your men’s swimwear of choice is up to scratch, it might be known as ‘the’ place to party in Europe, but it’s also one of the most fashion focused destinations too.  Don’t think your old grey men’s swim trunks or your holey men’s swim shorts are going to cut it here amongst the... Read More 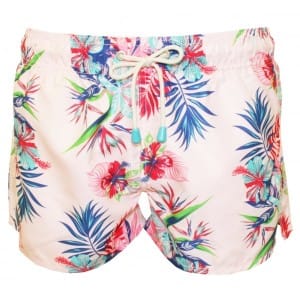 In The Market For Some New Men’s Swimwear? Shop our edit here…

Shop Men’s Swimwear & Men’s Swim Shorts this Summer Nothing says Summer like a pair of printed men’s swim shorts, we can almost smell the salt in the air as soon as we even see a pair. While some men think nothing of donning a pair of fluorescent palm tree printed men’s swim shorts, others like to keep it a little more understated. Luckily we have both camps catered for; whether you prefer those fluorescent palm trees or a navy polka dot, don’t buy anything until you check out our top... Read More