Fun and frivolous, Dsquared2 Underwear is one of our favourite playful men’s underwear brands and their new collection won’t disappoint… So how did Dsquared2 Underwear begin?    Dean and Dan Caten, twin brothers from Willowdale in Toronto, started their path in fashion at the Parson’s School of Design in New York City in 1984. Eight years later, the Canadian duo moved to Italy with their sights set on creating their brand. After collaborating with some of Italy’s most celebrated fashion houses, in 1995 the designers presented their first men’s collection under... Read More 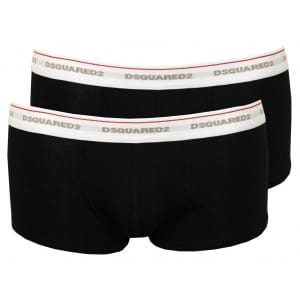 DSquared2 Men’s Underwear We are very happy to introduce you to a new brand here at UnderU, DSquared2 underwear. Founded by identical twin brothers, Dean and Dan Caten (born Catenacci), DSquared2 is a multi award-winning international fashion house with Italian, Canadian and London roots. Born and raised in Willowdale, Ontario, the brothers generally divide their time between Milan and London, designing their outerwear and underwear collections for men, women and kids. The brothers business have built DSquared2 Underwear into a €300m turnover business having set up in 1994, opening up flagship... Read More