X
This site uses cookies to provide and improve your shopping experience. If you want to benefit from this improved service, please opt-in. Cookies Page.
Accept Cookies
4 for 3 on all orders: enter "443" Code at checkout (excl. Sale)
Menu
CR7

Jurgen Klopp had his Liverpool players in stitches after he showed off his Cristiano Ronaldo pants during his team talk ahead of the 2018 Champions League final.

The Anfield side were about to take on Ron’s Real Madrid in Kiev when the German was preparing to give a career-defining speech.

Everything had to be perfect. The words. The tone. And the delivery. But Klopp, 52, is a joker. So when he lifted up his shirt and went to tuck it back into his trousers, he stuffed it down his underwear instead, revealing the CR7 boxers. Georginio Wijnaldum told The Athletic how the manager’s antics helped break the ice ahead of the season’s biggest game.

He said: “We saw he was wearing the boxer shorts of Cristiano Ronaldo. “He did the meeting with his shirt stuffed inside his CR7 boxers. “The whole changing room was on the floor laughing their heads off. That really broke the ice. “Usually in those situation, everyone is serious and concentrated. But he was relaxed and made this joke. “He’s done hundreds of jokes like that. If you see that your manager is really confident and relaxed, it will have an effect on players. “He is a father figure in those things for the players. 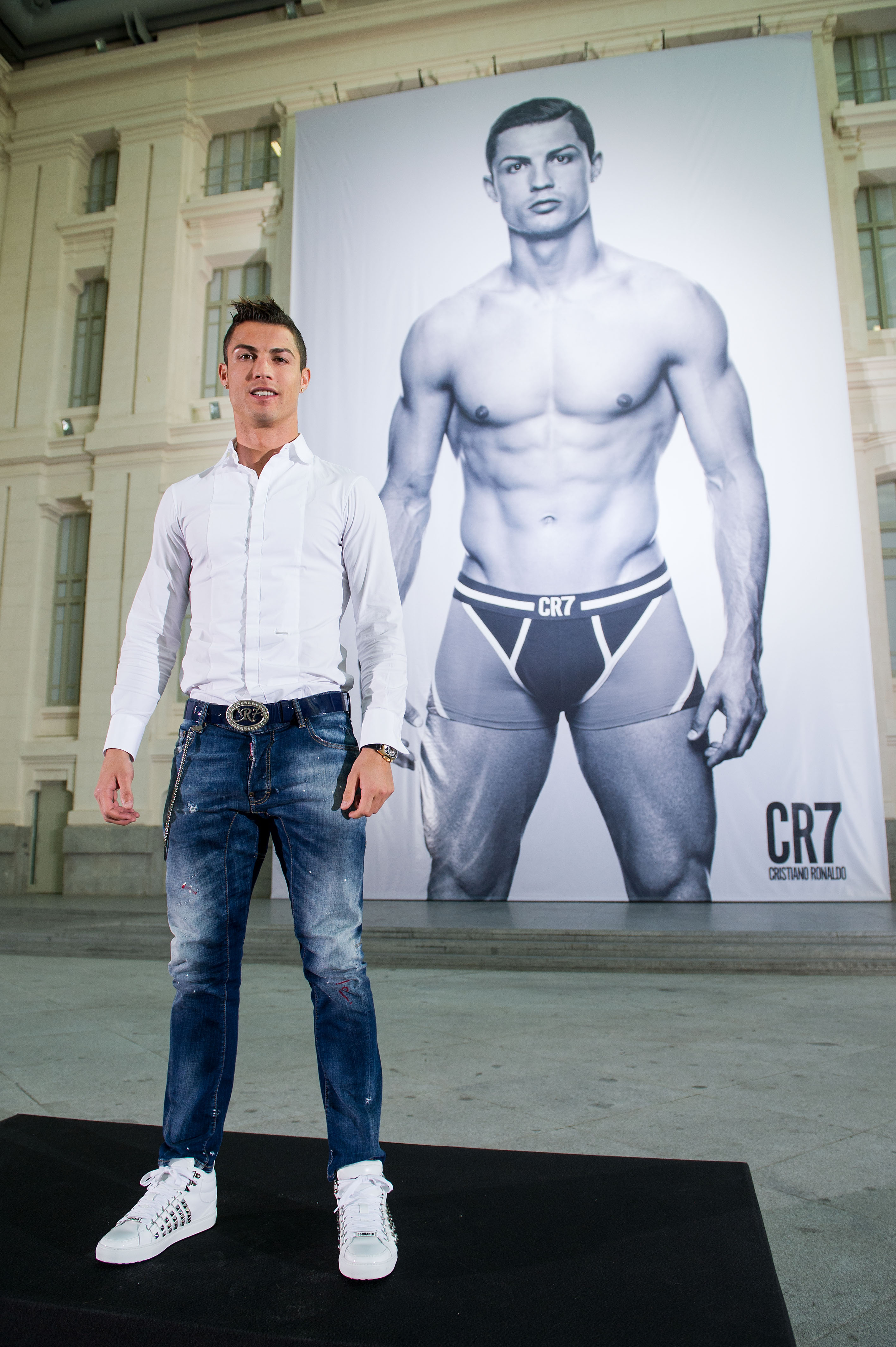 The Cristiano Ronaldo Underwear line is popular with Ronaldo… and Klopp

“With his jokes and his body language, he takes the pressure off players.” Portugal superstar Ronaldo was of course playing for Real that night, who won 3-1 courtesy of goals from Karim Benzema and Gareth Bale. Liverpool went one better this year, though, beating Spurs 2-0 in Madrid.