Saxx Underwear is your answer to underwear chafing

With the Summer fast approaching and underwear chafing an issue for many men, Saxx Underwear has the answer…

SAXX’s heritage of revolutionising underwear goes back 10 years. In 2006, Trent Kitsch was on an Alaskan fishing expedition and after spending hours in a cold, clammy ocean suit he knew there had to be a better way to protect his package from chafing. A former baseball player, he imagined a catcher’s mitt hammock design and turned it upside down in his mind. After the fishing trip, and with the hammock idea still percolating, he worked with a seamstress and designer—and himself as the fit model—to create a paneled fabric hammock that separated his balls from his legs. Fourteen prototypes later, the BallPark Pouch™ and SAXX Underwear was ready for action. Today, our focus remains the same. To equip you with game changing, next-level apparel that allows you to move freely, without restriction — apparel that feels like it’s barely there, that elevates your everyday experiences, that just works. 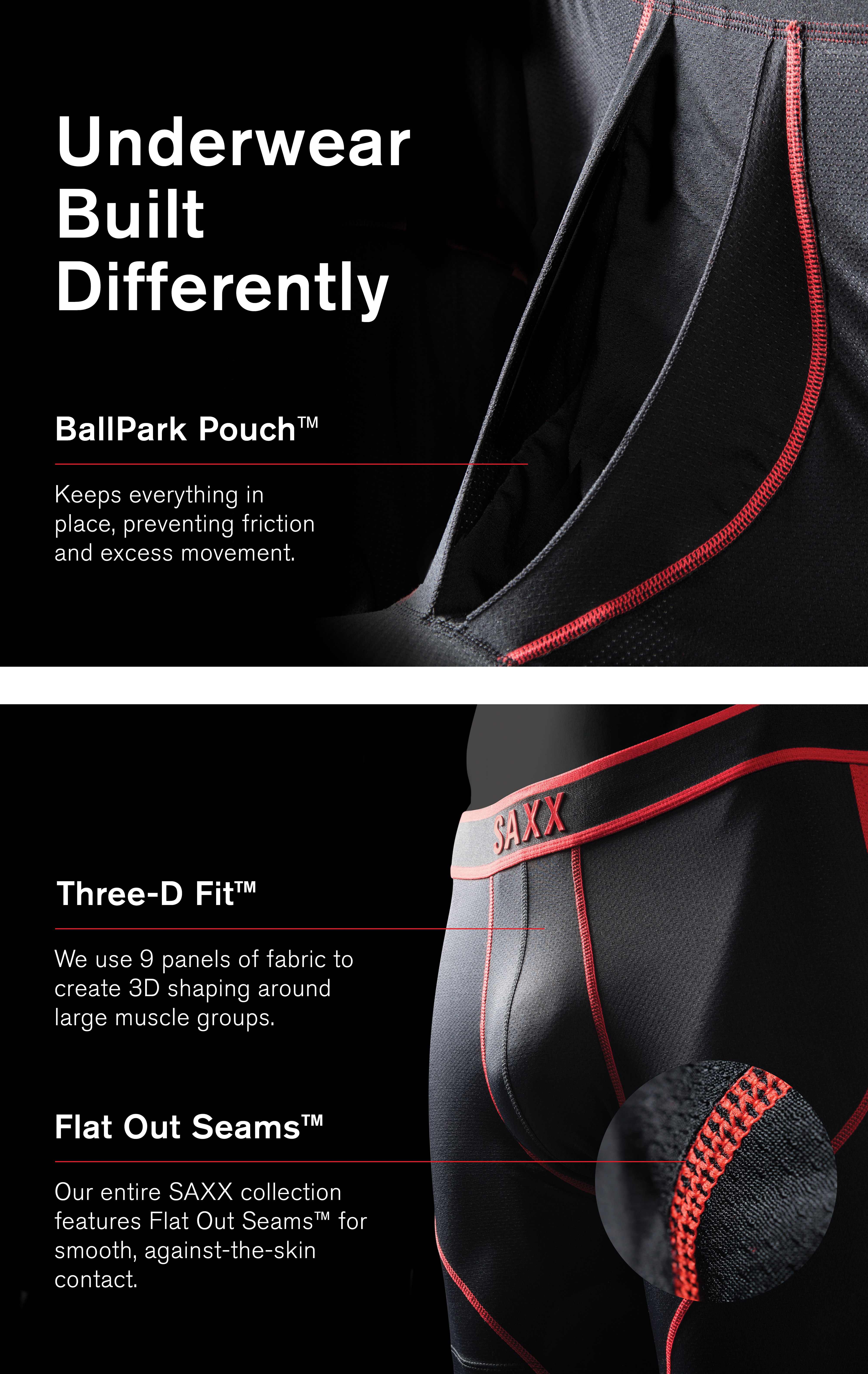 Saxx men’s underwear has something for everyone, whether you love a bold print, or are more subdued in your underwear choices.  The common factor is that each pair is equipped with the Ballpark Pouch to ensure you are comfortable all day long.