Choose Calvin Klein Men’s underwear, because you’re worth it…

It’s that time of the year when we dust off our satchels and sharpen our pencils and embrace the new season with open arms.  Even after all these years we still find ourselves with that back to school mentality come Autumn, and clearing out our underwear draws has become a seasonal pursuit…enter Calvin Klein men’s underwear.

Last weekend while throwing out yet more grey tinged boxers I realised the only pairs of boxers that survived the cull were my favourite Calvin Klein men’s boxers.  While we aren’t advocating spending money you don’t have, spending a few extra pounds on men’s underwear, where the fit and quality of the material are paramount, will pay dividends in the long run.  We’re talking a cut that’s both comfortable and flattering and a design that is timeless.  One of the brands that cover all those bases is the iconic Calvin Klein men’s underwear. 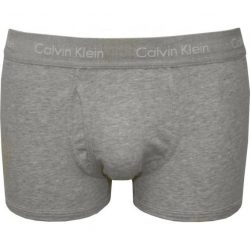 So there you have it.  Put down those shrink-wrapped eight-pack of value boxers and make way for the good stuff; your private’s will thank you.

To help you on your way to owning the ultimate men’s underwear capsule wardrobe, underu.com are offering 10% off Calvin Klein men’s underwear all this week with code ck10.