X
This site uses cookies to provide and improve your shopping experience. If you want to benefit from this improved service, please opt-in. Cookies Page.
Accept Cookies
4 for 3 on all orders: enter "443" Code at checkout (excl. Sale)
Menu
SAXX Underwear

Here at UnderU we are always on the lookout for new innovative men’s underwear brands. Our newest brand, SAXX underwear are just that. Launching in the US 10 years ago they have begun to lead the way in men’s underwear technology and are fast revolutionising men’s underwear.

Going back 10 years to 2006. Trent Kitsch was on a fishing expedition and after spending hours in a cold ocean suit he knew there had to be a better way to protect his package from chafing. A former baseball player, he imagined a catcher’s mitt hammock design and turned it upside down in his mind. After the fishing trip, he worked with a seamstress and designer to create a panelled fabric hammock that separated his balls from his legs. Fourteen prototypes later, the BallPark Pouch™ and SAXX Underwear were ready for action.  Today, their focus remains the same: to equip you with game-changing, next-level apparel that allows you to move freely, without restriction.  Apparel that feels like it’s barely there, that elevates your everyday experiences, that just works.

SAXX is a pioneer in the underwear industry, producing a patented product like nothing else seen before on the market.  SAXX Underwear was founded with a mission to revolutionise the core staple of every man’s wardrobe.  The original producer of internal mesh panel underwear, SAXX continues to develop the most comfortable, authentic design-driven apparel available.  Providing unmatched support for men, SAXX is now the fastest growing men’s underwear company in North America. 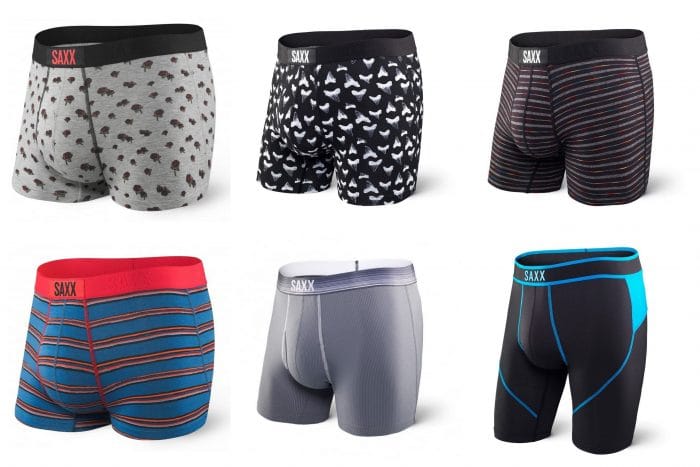 As the first company to produce an ergonomic pouch with their patented mesh panels, SAXX has changed the underwear market.  Since the first production run of 200 pairs, SAXX is now sold in over 2,000 retailers across the US.  Demand has extended its reach globally.  They continue to innovate and add people to the team to advance the product into new areas.