Wolsey is a world-leading manufacturer of premium socks and undergarments, with an unrivalled history that stretches back to 1755.  Wolsey underwear was selected by Captain Scott and Roald Amundsen in 1911 for their race to reach the South Pole.

In 1919 Wolsey underwear was also supplied, in accordance with Sir Ernest Shackleton’s specifications, for his Murmansk expedition which is testament to the quality and reliability of the company’s garments. 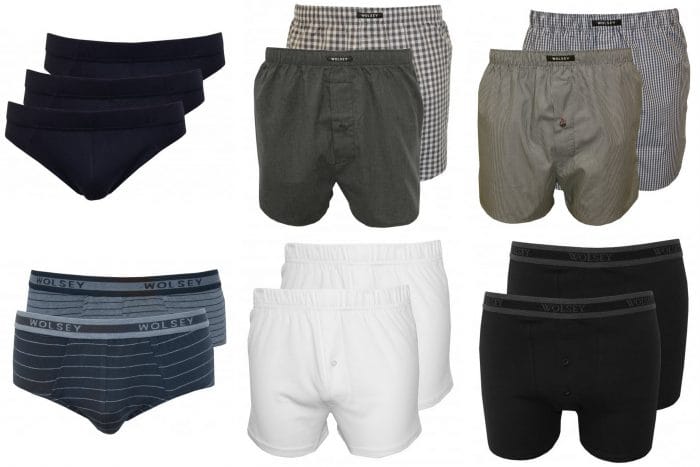 Wolsey also equipped British and Allied troops during the First World War.  Earning a Royal Warrant in 1935 to His Majesty King George V – a prestigious award that is still held today.  Never taking this illustrious past for granted.  Wolsey has continued to harness new technological innovations.  They champion modern fabric development to create the very finest socks and undergarments available.

We have selected some of our favourite  Wolsey Underwear available now at UnderU. With its rich heritage dating back to 1755, Wolsey men’s underwear is re-inventing traditional designs for the modern age and the modern man. Time after time this brand shows us new sophisticated men’s underwear styles, increasing comfort and luxury each season.

If you like checked patterns, subtle design details and traditional looks, Wolsey men’s underwear are the perfect choice.