X
This site uses cookies to provide and improve your shopping experience. If you want to benefit from this improved service, please opt-in. Cookies Page.
Accept Cookies
4 for 3 on all orders: enter "443" Code at checkout (excl. Sale)
Menu
Thomas Pink

Sale of men’s pants could be an indicator of economic buoyancy, experts have claimed. Fashion observers have found that men buy more colourful men’s underwear when the economy is booming, but return to their fail safe white, black and grey when there is a downturn, the Daily Mail reported.

And now, as they reveal sales of colourful men’s underwear are on the rise, experts say it could be a sign the economy is on the road to recovery.

The site, which has been collecting data across a five year period from 2007 to the present day, has noted a recent upturn in sales of pants in so-called frivolous colours – a purchase that may be considered a luxury fashion item as opposed to a practical or solely functional item.

And according to the law of the Pants Index, this means that men, who during tough economic times tend towards plain, classic colours and buy bright when the good times roll, are feeling as though the economy is getting healthier.

A previous study, suggested that the economic decline of 2008 caused men to experiment less with their men’s underwear purchases.

Sales of pants in new fabrics like bamboo and soy blends suffered while classic cotton and cotton Spandex rose, they said.  The same went for colours. During tougher economic times, men tend to buy plain or dull shades. 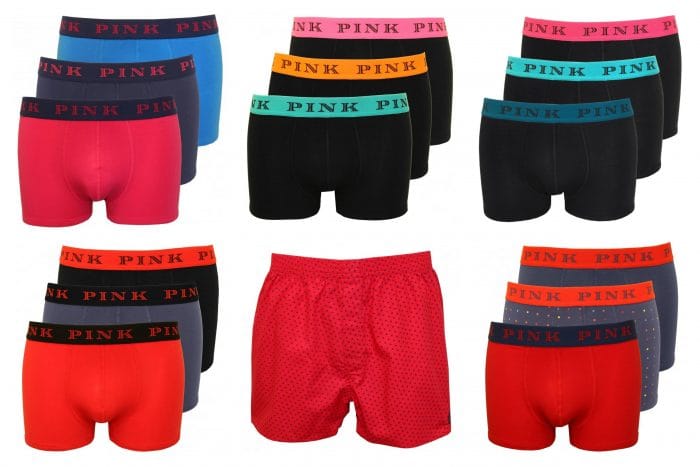 But when the good times roll, they splash out on statement hues and patterned designs. One of our favourite men’s underwear designers, Thomas Pink has led the way in many of the famous Jermyn Street shirt-making and other tailoring techniques, and their creations feature colourful designs as well as impeccable cuts and contemporary designs.