We are very happy to introduce you to a new brand here at UnderU, DSquared2 underwear.

Founded by identical twin brothers, Dean and Dan Caten (born Catenacci), DSquared2 is a multi award-winning international fashion house with Italian, Canadian and London roots. Born and raised in Willowdale, Ontario, the brothers generally divide their time between Milan and London, designing their outerwear and underwear collections for men, women and kids. The brothers business have built DSquared2 Underwear into a €300m turnover business having set up in 1994, opening up flagship stores in St Moritz, Athens, Mykonos, Capri, Istanbul, Kiev, Cannes, Singapore, Paris, Nicosia and Hong Kong, and in 2015 in London.

Before setting up the label, Dean and Dan worked as designers for the Gianni Versace fashion house, as well as Diesel. The brothers are also known for staging elaborate fashion shows, and a runway show in 2005 ended with Christina Aguilera stripping male models of their clothes!! They have also designed clothes for Rhianna, Madonna, Justin Timberlake and Lenny Kravitz.

We love the simple clean-cut lines of their men’s boxers and men’s briefs, featuring the famous DSquared2 logo, and in nothing but the highest quality fabrications.

Shop the entire collection at UnderU.com 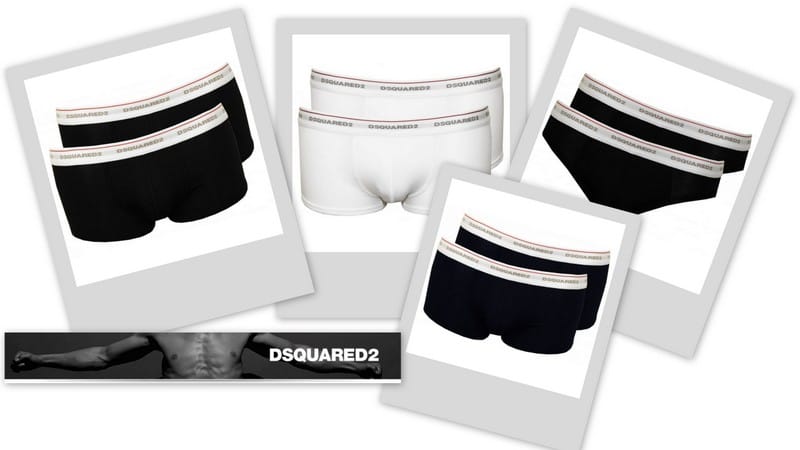