Ralph Lauren presented his AW16 collection last week at New York Fashion Week, and he certainly seemed to be taking influence from his youth in the swinging 60’s.

The collection was chock full of 60’s styles, including felt hats, wide cuffs, ruffled blouses and fringed ponchos.  Leather mini dresses also featured heavily in the collection, along with a lean to the masculine look with razor sharp tuxedos. 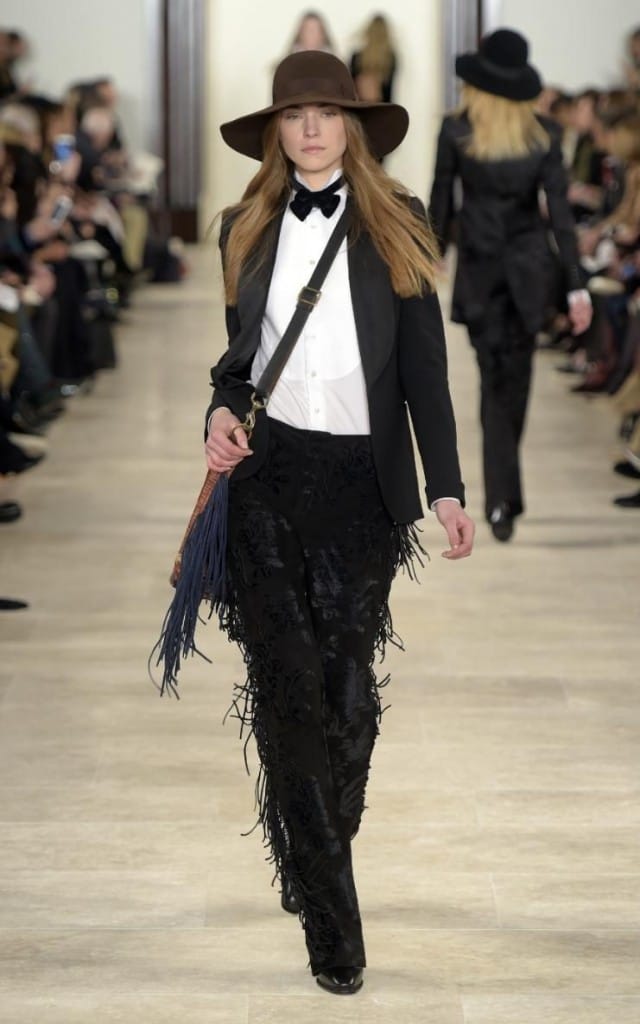 Actress of the moment Sienna Miller took pride of place in the front row along with our favourite men’s underwear model, Tyson Beckford.  And it wouldn’t be a runway show without the first lady of fashion, Vogue’s editor-in-chief Anna Wintour.

It was a catwalk show of opposites, it began with the look Ralph Lauren is best known for, classics colours and shapes – double-breasted jackets, high-waisted pants and blazers.  Then the designer turned the show on its head with a more feminine approach, romantic looks dominated the catwalk followed by a riot of colour and chiffon.

It’s clear even aged 76, Ralph Lauren still has his finger firmly on the fashion pulse and is fast becoming one of our favourite designers here at UnderU.