X
This site uses cookies to provide and improve your shopping experience. If you want to benefit from this improved service, please opt-in. Cookies Page.
Accept Cookies
4 for 3 on all orders: enter "443" Code at checkout (excl. Sale)
Menu
Men's Underwear, Sale

Well, despite the sun shining brightly here over The Old Brewhouse, back at UnderU Towers, the British summer is pretty much over for another year. The shelves in our warehouse our almost wilting under the weight of new Autumn Winter ’15 Men’s underwear, so we thought it a nice idea to run a Warehouse Clearance this weekend.

As you can see below, the scale of the men’s underwear sale we are running in the outlet this weekend is impressive, with many recent styles up to 50% off, including some great-value 3-packs less than £20.

Styles from Just Cavalli underwear, Emporio Armani briefs, Bjorn Borg boxers and Tommy Hilfiger underwear are virtually being given away. As with all men’s designer underwear clearance sales, first come first served… Spread the word but not after you have bought what you want first!! 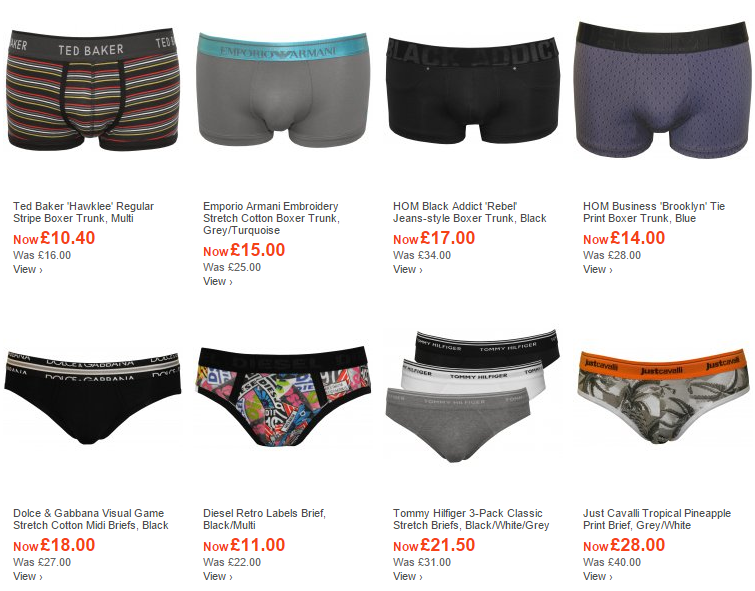