Sometimes writing this blog is exhausting.  I mean imagine having to compile a list of the top 10 hottest male models on the planet?  I know, I know…it’s a tough job but somebody’s gotta do it.

It’s hard enough looking amazing in just your underwear, but our top 10 manage to do so and then some.  These aren’t your average cookie-cutter models, these guys all have a certain je ne sais quoi that just cuts them above the rest. 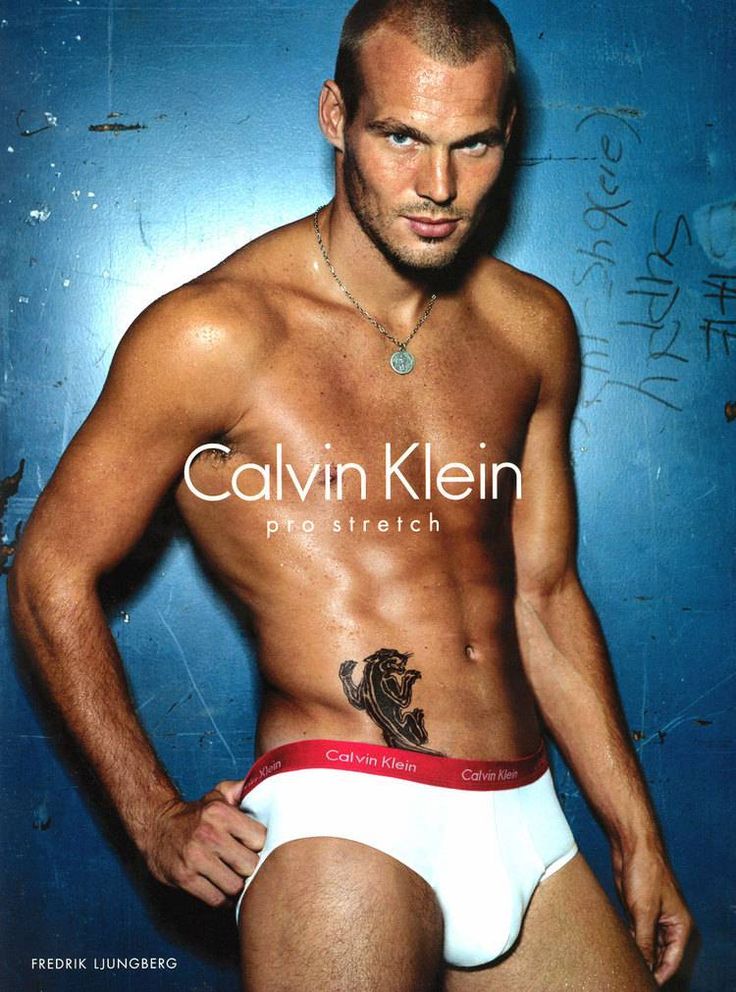 Freddie Ljungberg.  Ljungberg’s work as a male model gained media attention rivaling that of his football career. In 2003, he was contracted as a Calvin Klein underwear model, fronting a worldwide campaign which became one of the company’s most successful ever.  He previously represented brands such as Nike and L’Oreal and is currently running his own blog. 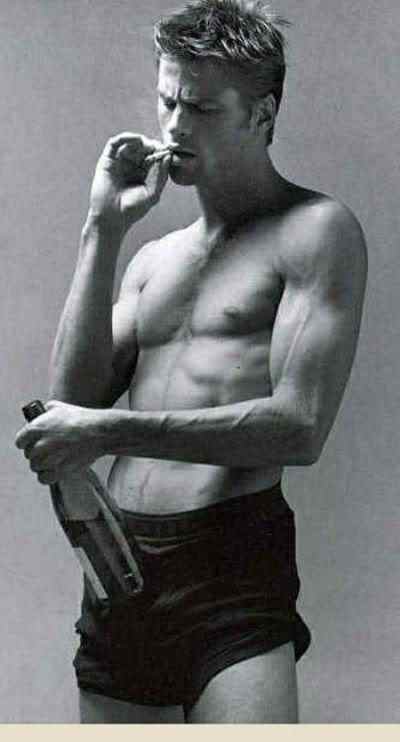 Mark Vanderloo has been the primary model for Hugo Boss Underwear since 2005.  He has also worked for Calvin Klein underwear, Valentino and Armani men’s underwear.  His images always show a hint of his bad boy reputation which is why we love him so much. 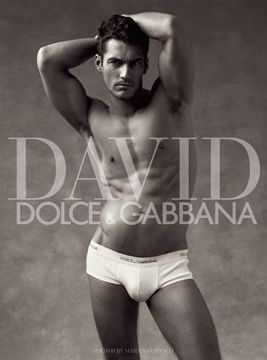 David Gandy entered into the modelling world though a live model-search competition on ITV’s This Morning.  One of Dolce & Gabbana underwear’s most recognised faces he is now designing his own range of men’s underwear, lounge-wear and swimwear for Marks & Spencer and writing a blog for Vogue.

David Beckham.  David obviously needs no introduction and nor does his Armani men’s underwear campaign.  Probably one of the most famous underwear campaigns ever to exist it was a launch platform for him to design his own sell-out underwear range in association with H&M. 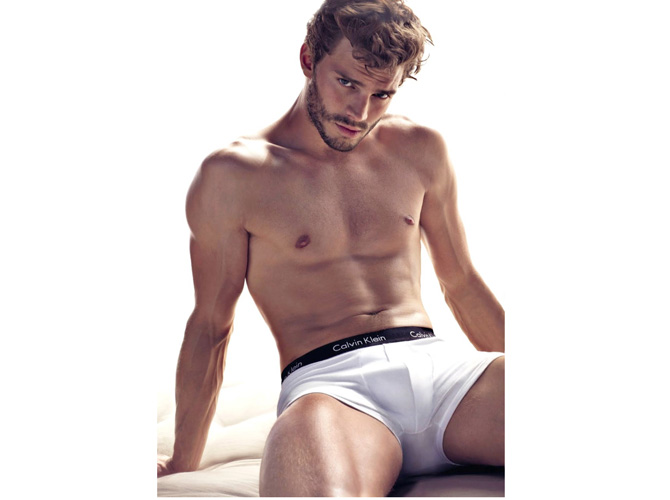 Jamie Dornan or you may know him as Mr Grey.  The Irish model and actor goes by the nickname of the golden torso.  Jamie was clocking up numerous Calvin Klein underwear campaigns well before he was baring all in 50 Shades of Grey. 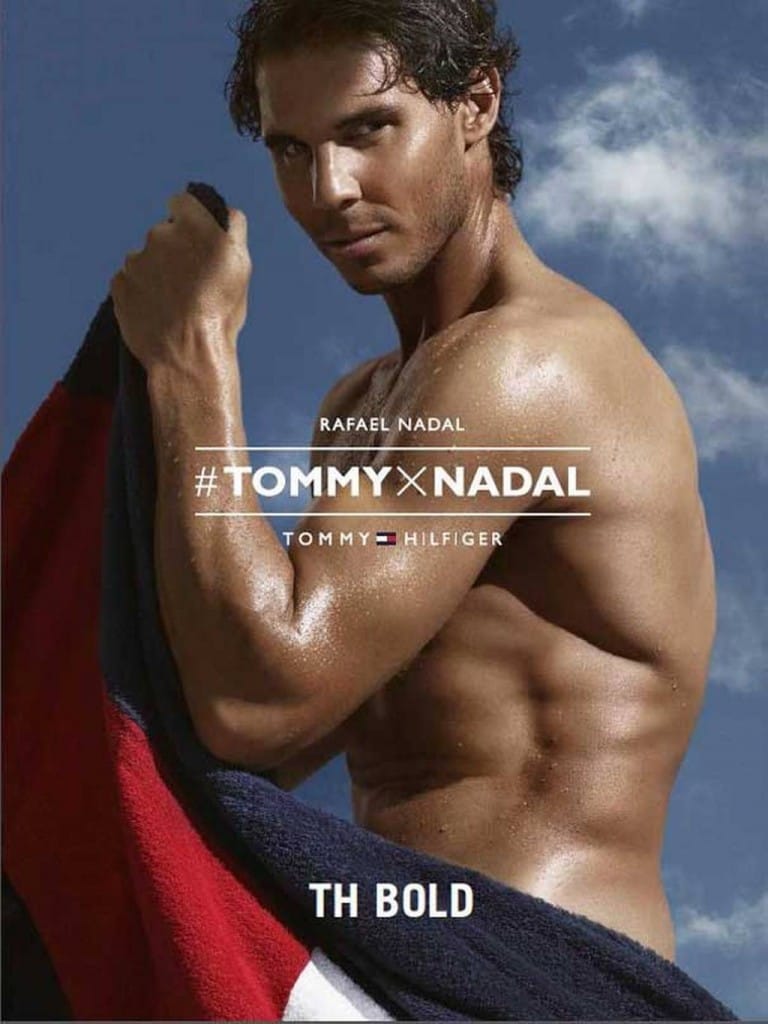 The Spanish tennis champion Rafeal Nadal replaced Cristiano Ronaldo as the face of Emporio Armani men’s underwear back in 2011.  Most recently he was appointed as the face of Tommy Hilfiger underwear (read our full report here). 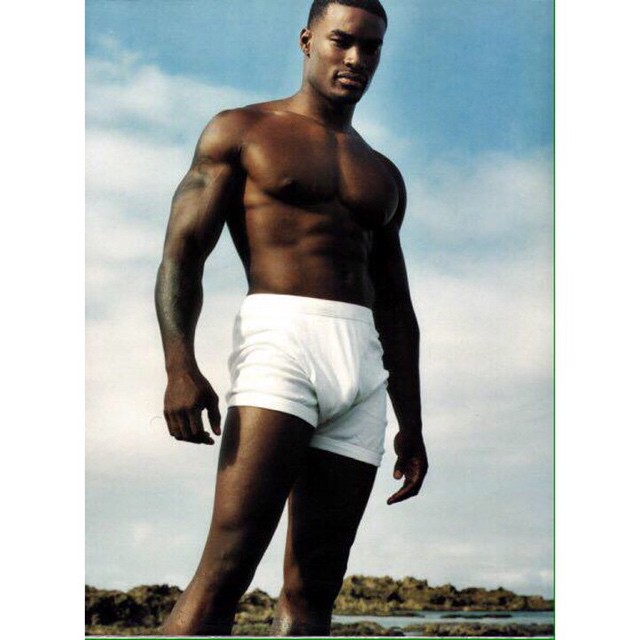 Tyson Beckford is one of the most successful male models of all time.  He’s most recognisable modelling for Ralph Lauren men’s underwear and has been voted one of the “50 Most Beautiful People in the World” by People magazine. He also made an appearance Britney Spear’s video Toxic way back in the 00’s. 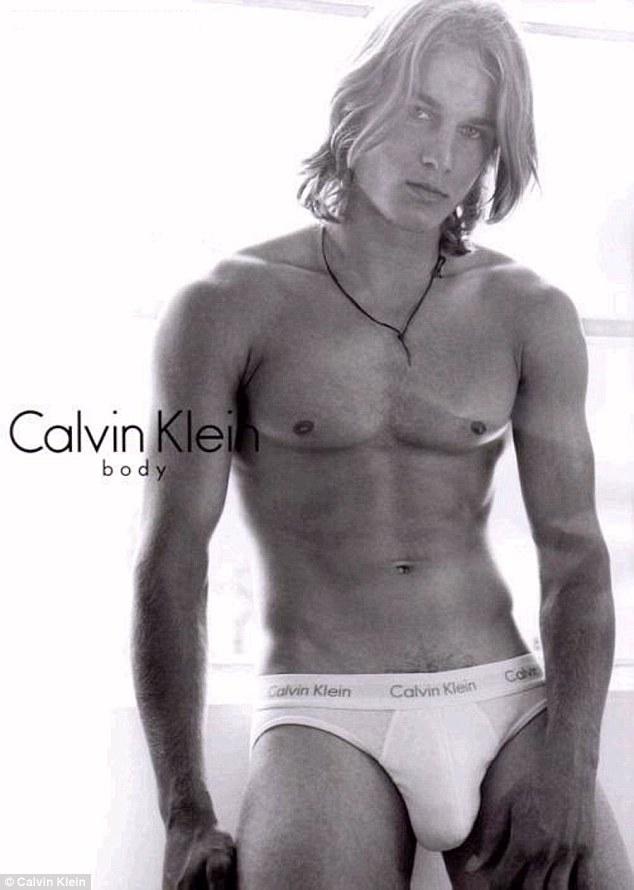 Travis Fimmel.  Australian Travis is best know for his campaign with Calvin Klein underwear allegedly being signed on the spot with agency LA Models after walking into their office broke and barefoot.  He then became the first male in the world to secure a six-figure deal to model exclusively for Calvin Klein for a year.  He is now a successful actor staring Patrick Swayze in the TV series The Beast. 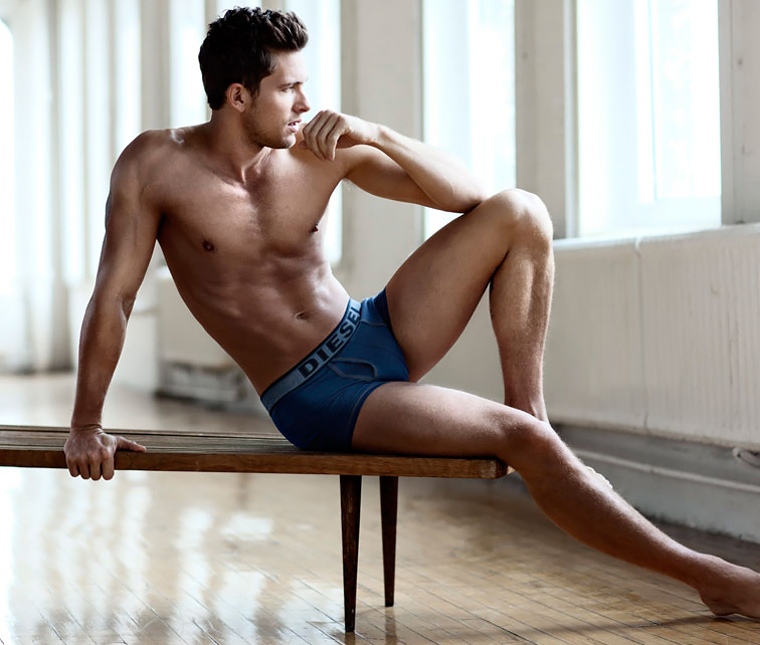 Adam Senn.  Best known for his work with Dolce & Gabbana underwear, who have consistently used Senn in Lookbooks, campaign ads and fashion shows, he also became the face for their One Sport fragrance campaign.  Five years ago Senn opened a restaurant called  Boca Di Bacco in New York.

Cristiano Ronaldo.  The Portuguese football superstar modelled for Emporio Armani men’s underwear in 2009 and a few years later, with New York fashion designer Richard Chai, Ronaldo co-designed a range of underwear. He is a keen philanthropist and in January 2013, Ronaldo became Save the Children’s new Global Artist Ambassador.

For a quick view of our top 10 male models please see below.

David Gandy – Through working with D&G he became one of the most famous male models in the world.
Mark Vanderloo – The main model for Hugo Boss Underwear since 2005.
David Beckham – Famously modelled his own Underwear range for H&M.
Travis Fimmel – Known worldwide for his work with Calvin Klein Underwear.
Adam Senn – Had huge success with his work on Dolce & Gabbana underwear.
Tyson Beckford – One of the most successful models of all time.
Cristiano Ronaldo – Best known for his Emporio Armani men’s underwear in 2009.
Freddie Ljungberg – Responsible for one of the most successful Calvin Klein Underwear campaigns ever.
Jamie Dornan – Worked with Calvin Klein Underwear on many different campaigns
Rafeal Nadal – Became the face of Emporio Armani men’s underwear in 2011

What is a male underwear model agency?

A male underwear model agency is responsible for scouting men from all over the world who poses the type of physique that would allow them to become an underwear model. In the same way that there are certain requirements within the female modelling industry, such as height, these also exist for men. However, a modelling agency will usually have different departments for this instead of solely specialising in just male underwear models. They will normally have scouts who will sign individual models who can model both fully clothed and in their underwear. Huge brands such as Calvin Klein and Dolce & Gabbana would use these types of agencies to find their next models for their next big campaigns.