Gant has been building a growing following in its men’s underwear offering over the past 3 or 4 years, and it’s easy to see why. Having developed a strong and wide offering of core underwear lines in plain colours, including some great selling 3-packs, the seasonal collections are really helping to put Gant underwear properly on the men’s underwear map!!

Reflecting the nautical blue hues and the stars and stripes of the East Coast of America, our Spring Summer ’15 offering of Gant men’s underwear is an impressive capsule collection. My own particular favourite is the polka dot print in navy blue that is topped off magnificently with strong red stripes on the waistband, though I might be tempted to add another 3-pack to my own Gant underwear collection too!!

As you can see below, Gant’s Spring Summer 2015 offering is sure to prove a hit this season. 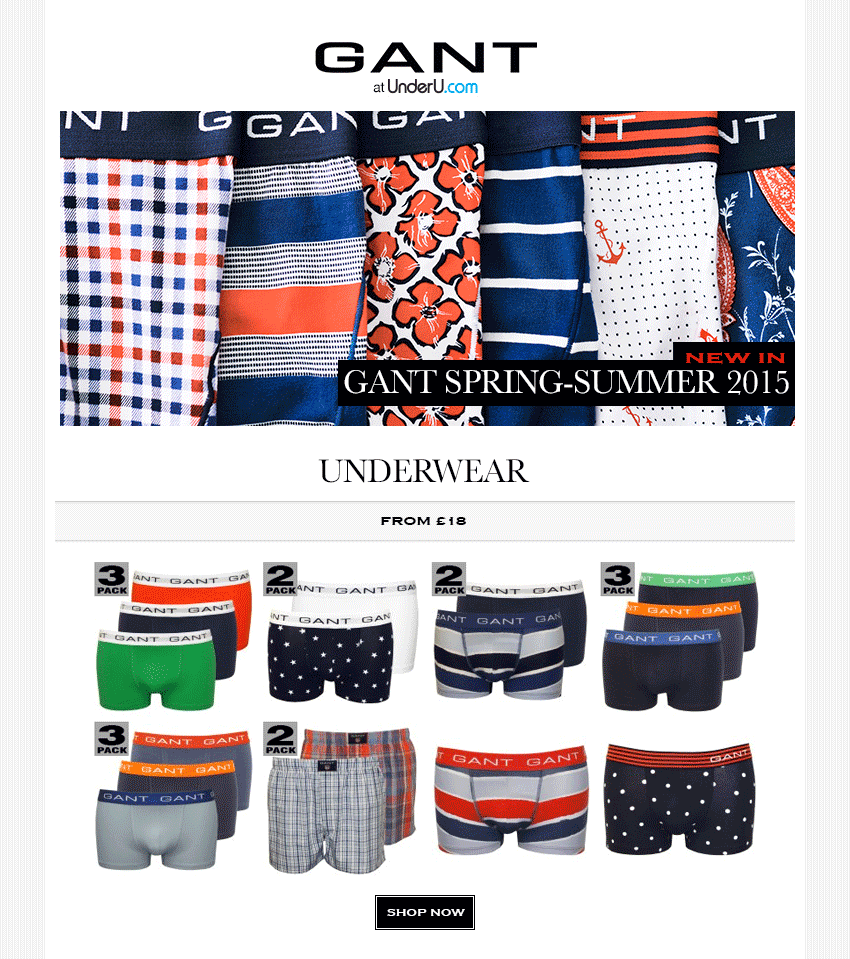