X
This site uses cookies to provide and improve your shopping experience. If you want to benefit from this improved service, please opt-in. Cookies Page.
Accept Cookies
4 for 3 on all orders: enter "443" Code at checkout (excl. Sale)
Menu
Drogba & Co

Didier Drogba and his underwear signs up with UnderU.com!!

On the day that it is officially announced that Didier Drogba re-signs to work with Jose Mourinho at Chelsea, the Ivory Coast legend signs up with UnderU.com!! Yes, the leading men’s underwear website UnderU.com has just signed up Drogba & Co underwear!!

With the help of renowned men’s designer underwear specialists HOM, Didier Drogba has just launched his very own men’s underwear range – self-titled Drogba & Co. And to support the work of the Didier Drogba foundation, 1 Euro will be donated to his charity from every pair of pants sold.

All of the lines from the Drogba & Co. by HOM underwear collection is fabricated in a luxury combed cotton and spandex mix. And due to its longer-length fibres, this high-quality cotton feels far softer on the skin whilst is also more robust and better wearing than traditional cotton. Each Drogba underwear line features an ultra-soft black microfibre waistband bearing the Drogba & Co logo, with a number 11 at the base of the leg – reflecting the number on the back of the legend footballer’s shirt. And inside the hem of the boxers is a stretch mesh which provides support without exerting any pressure on the leg.

By producing my own line of underwear I’m able to achieve two goals; to design a fashionable men’s underwear range, and to create a product that will directly support my charitable foundation – to aid in healthcare and education in the Ivory Coast.”

We hope you like our latest brand, and we think that Drogba & Co underwear will get on the scoresheet in your underwear drawers very soon!! 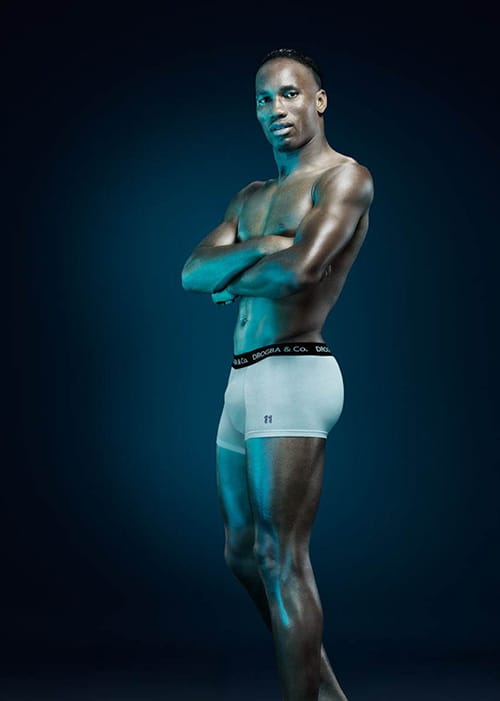 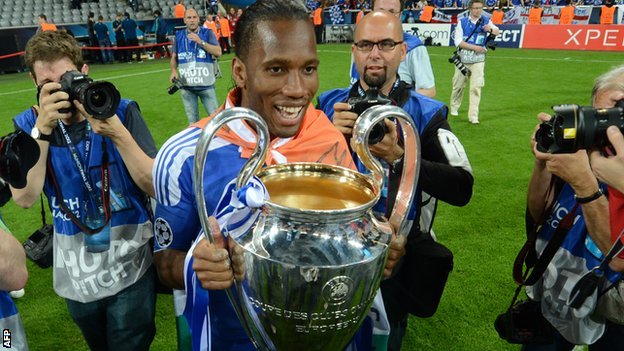